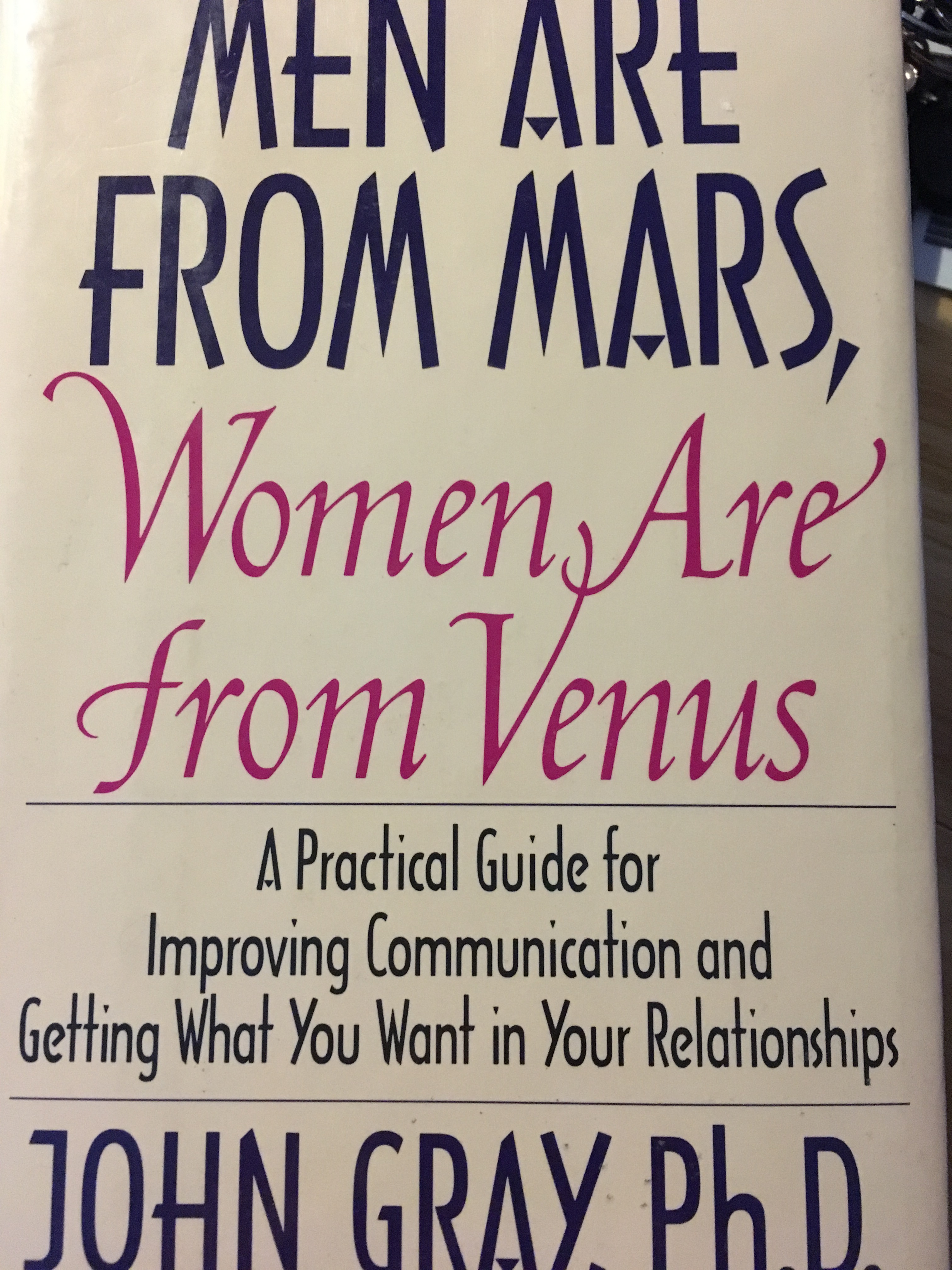 John Gray is the kind of guy that invited scrutiny. He called himself a Ph.D. But a Ph.D. in what? That was the question. At least in 1992, when his book Men are from Mars, Women are from Venus came out and blasted all the self-help book records to date.

Well, that upstart ended up spinning Mars & Venus into an entire… what do we call it?… resource? … business? … following?

Here’s the thing: This guy is no dummy. Here’s another thing: Men and women are different.

Punch “Men are from Mars, Women are from Venus criticism” into Google and you’ll get more than 450,000 hits. That’s because the book is as hated as it is loved… possibly more so.

Words like “stereotype” come to mind. In fact, it’s the most important word when talking about this book, since it’s full of ’em.

I’ve been a self-help book lover for many years, as anyone who’s read me knows. This particular book was one that, at the time of its publication, I wanted to read. Desperately. I begged my first husband for it. He bought it for me.

Huh. Now, that right there… I begged, he bought… tells you the pecking order in that marriage and why I might have taken much of what Gray said to heart. In fact, I gobbled it up. Made perfect sense to me.

It may also be of interest that our family was deeply involved with the fundamental Baptist church. I was told on a pretty-much weekly (if not daily) basis that men were the leaders and women, the followers.

Now, I’ll be honest in saying I’ve never read another of Gray’s “Men are from Mars, Women are from Venus” books… and there are a bunch! Nor have I watched his television shows, YouTube or ordered any of his health products.

Like so many others, I was a little put-off by the whole “Did he or did he not?” get his Ph.D. from the back of a magazine thingy. Left a bad taste.

But I’ll tell ya… the man has a following. Some people really, really love his work. You may be one of them. I respect that. I never want to make anyone feel bad for what they love.

Anyway. This isn’t a bad book. But it’s certainly not a favorite of mine.

That said, it’s interesting and may give you some insight into the behavior of men and women…

You tell me. It’s your call.

Remember this one? = Posts I wrote for this blog in year(s) past that you may have missed. This one is from March 18, 2018 and the original may be found HERE.

Looking for a certain subject?