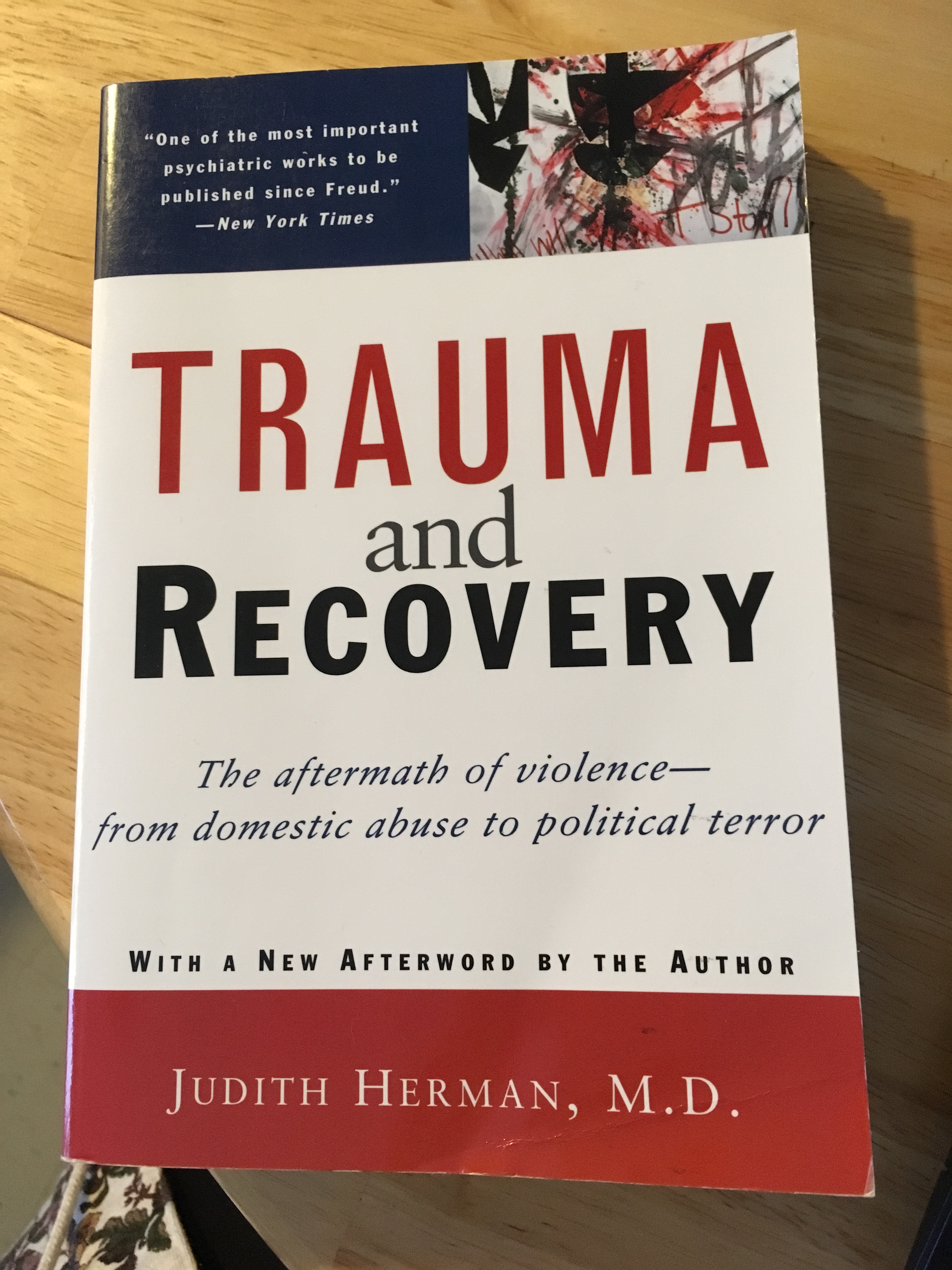 Note: October, 2019 – This post was originally written on March 26, 2018 LINK HERE and I didn’t include a very important TRIGGER WARNING for suicidal ideation, violence, and abuse.

Trauma and Recovery by Judith Herman, MD is called “a landmark” … “brilliant”… among other words of praise, every bit of it earned. This is another of my classics.

Be forewarned: No easy read, this one.

The writing is not a bunch of over-your-head psychological terms nor is it difficult to understand.

From worldwide trauma to very personal domestic violence, this book covers it all.

Where there is trauma (which, head’s up, it’s everywhere) there is recovery needed.

To give you an idea of how much is jammed into (approximately) 300 pages, the bibliography is nearly 40 pages long.

The first half of the book is filled with history, traumatic disorders and how far we’ve come in understanding.

The second half is about recovery, mourning, and reconnection.

A careful reading will give you insights into things you may not have realized before.

One thing that’s always interested me is how a victim’s story can change. According to this book, that’s very normal, depending on what happened before the traumatic event, during and after. The mind constructs ways to survive and the story might NEED to be hidden from the self at first.

Like… what happened with my son. He is an adult with autism who has seriously attempted suicide twice. I say “seriously” because he was doing “less serious” things to die in between the time he tried to hang himself (at age 8) and when he drove off a cliff (at 28)… “less serious” being sticking things into light sockets, among other things. He has struggled with absolutely everything for as long as I can remember. I was one of those “special needs moms” who moved heaven and earth to get a safe, quality education for him and tried to find friends and outlets for him.

I’m going to talk about my reaction to his last suicide attempt, in 2011.

We’d all been very worried about him that day – his dad and sisters in California and me, in Canada, thousands of miles away. He lived with his dad, who was out working. There were frantic calls between my daughters and me for hours before we found out where he was.

My oldest daughter called to say he’d driven off a cliff, was picked up by a passerby, and in the hospital, alive. I hung up the phone. I told my husband what happened. I sat on the couch, numb. I went to bed. I got up in the middle of the night and wrote an email to my job. I said my son had been in a car accident and I wouldn’t be in the next day while we figured out if he would be okay.

I sat up for hours until 4am when I finally got a call from my ex-husband, my son’s dad. He said my son wanted to talk to me. He was groggy and on his way home, a fractured clavicle, cracked ribs and tons of embarrassment and gratitude that he didn’t actually die. I cried for hours and finally fell asleep.

Several days later, I was on my way to California, where I’d planned to spend a week or so. Two weeks later, I had to return or lose my job. My son had finally had surgery to repair his clavicle, the bone protruding, the day before I left. He had no insurance and had to wait all that time for surgery in the County hospital.

He hadn’t told the truth to police or hospital staff about how he crashed. He lied and in turn, expected us to lie, too. So, when I returned to work, people were wondering why I was still a wreck since my son was fine.

Now, here’s the “funny” thing: one year later… I was hyperventilating and having panic attacks daily. I could barely function at work, or (frankly) anywhere outside the house. I went to the doctor and when she asked me what was wrong, I cried for 30 minutes straight. When all was said and done, I was told I was in the middle of a Major Depressive episode brought on by my son’s suicide attempt = PTSD.

I was given a month off from work.

And I’ll be honest with you. I needed more time. But I powered through. I didn’t realize how deeply traumatized I was… not just by the recent attempt but by the first one… which, along with the second created a pattern. That’s a lot to live with, as a mother.

My daughter gave me this book sometime afterward, which made me realize I may have pushed too hard and too quickly.

That’s probably the most troubling experience of my life, psychologically speaking. But there are others… too many others. I know I’m not alone in this.

Globally, we’re all struggling right now. This book even covers political terror. That’s why I believe that this particular title is the quintessential book on what trauma and recovery ARE. It really made me open my eyes… and see. 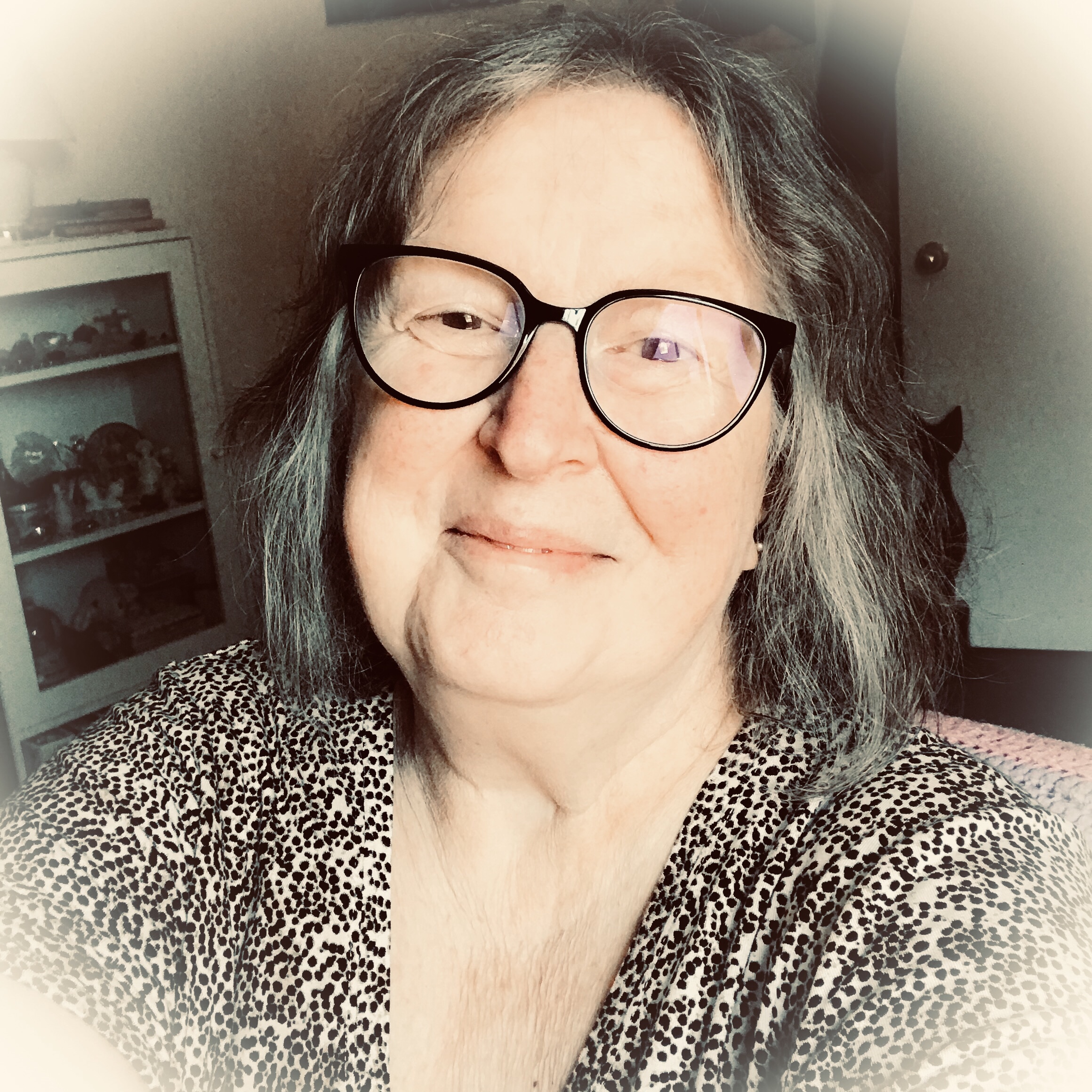