3 Year Anniversary – All that glitters!

On October 20, 2017, I started the last blog in a series of deleted blogs I’d created over the previous five years, or so. That would be… uh… this blog.

In the first welcome post, I penned the following:

Who is this person? Self-help whisper-what? Let me explain.

It began a long time ago… this self-help journey-thingy.

(I must digress for a moment. I used to love the word “journey”. It reminded me of sojourns along a lazy river or backpacking through an exotic landscape… and yes, it also reminded me of the psychological and spiritual explorations we all take now and again. But lately, you hear the word too much. Not everything is a journey.)

The first self-help book I read was Wayne Dyer’s Your Erroneous Zones in the late 1970s. The biggest take-away? All these years later, one thing stands out above all others: I have *choices* about my life.

Fast forward a few decades and you would have found me with a tenuous hold on that truth. Oh, I remembered what Dr. Dyer said… but I didn’t believe it.

But that’s enough about my past — and I mean that! If you know me, you’ll realize it’s a very big deal (indeed!) that I should say that. Why? Because I have been living in the past for too long. What kept me there? Oh, guilt and shame. It’s a cloak I’ve worn for far too long!

I will not be talking about all the blogs I loved before… except to say they existed. I have been a creator/ destroyer for a long, long time. I love to write, so I’d write my heart out and then trash it all. That was, of course, my prerogative. Except, I didn’t believe that either. So, I heaped more guilt and shame on my head.

Something happened a few weeks ago that changed the direction I was headed. Last week, I was hit in the face (not literally) with the truth, learned anew: I have power. I can make my own choices. I am not the needy, guilt-ridden, shame-filled person I was yesterday, last year or last century (ha!).

I have read more self-help books than pretty-much anyone I know. I’ve watched a whack of beautiful, insightful videos and YouTube Ted Talks. I’ve seen some clunkers, too. I’ve listened to music to calm my anxiety or uplift my depression. I have a self-care Pinterest board. I LOVE self-help. I would like this space to be a safe corner to discuss all-things self-help… and I’ll be sharing stories and life-moments that will fit right in. I hope you’ll join me!

It occurs to me – much to my chagrin – that the things I said I would *not* be talking about were actually … yeah… talked about. A LOT. Color me in denial. What color would that be? I think… silver. With sparkles.

What I hadn’t yet realized and should have (even though we hate the word “should” I’m gonna use it here) is that you can’t just erase swaths of your life because you say so. I like the word swaths and it fits here so nicely. I picture a watercolor canvas with streams of color applied with a well-used brush… bristles all over the place… none of that finer work or outlines… no!… just splashes of color. And sparkles, because we want to deflect, maybe? Hey, look over here! Don’t mind that bit over there… no, no, no… that’s where I effed up royally… no reminders needed on my part… but also no need for YOU to linger there.

So, yeah, I thought this space would be one thing and then it morphed into another and then another… and then… you guessed it… another.

An anniversary is a dandy time to reflect and recalibrate, if needed, and I’m thinking it’s needed. Let’s see if you agree. <<< By the way, even if you don’t, it’s okay.

As I await the final word on returning to work next week – did I already tell you that? Nope, don’t think so. Anyhow, last week, I was told I would be returning to work on the 28th. Also last week, the premier of our province (kind of like a state governor) rolled back gatherings (of people) from 50 to 10 because the Covid numbers spiked. I’m guessing this may change the dynamic of going back to the office? Who knows, right? It’s all such uncharted territory.

So, as I await word… I was thinking how I originally thought I’d take this blog to another place… like… say… a life coaching practice I could offer. You know, to make a living in my twilight years.

Then, things took a turn and I was doing… I’ll call it “spiritual” work… and I thought maybe I’d become a reverend and officiate weddings and/or funerals or something like that.

Then, I wondered about writing a self-help book, in-person teaching of what I’ve learned, or accepting speaking engagements (which I’ve done before)… thinking I am – most of all – a storyteller. How would that benefit anyone? I wasn’t sure.

And, see… when things start getting overwhelming… and, too much… well… it reminds me of a story:

When I was in Kindergarten or 1st grade, the teacher gave us a coloring sheet with geometric shapes to color in, then she put them on the wall to show our parents. All those beautiful colors and shapes! Except one. One little girl – that would be me – decided that if one or two colors were pretty, all of them mushed together would be FANTABULOUS. And those lines we were supposed to stay inside? Feeeerget about it! And so, I took every color I wanted and held them all in my hand, and pushed really hard in swirls, which literally ripped through the paper in the middle. And when I realized how ugly it was, I pushed harder in an attempt to “fix it”. <<< This is a real-life visual illustration of how I’ve lived my entire life.

So, here we are at year three of my little blog space with TOO MUCH of everything inside… so much that it’s bursting out the seams.

But also, as an aside (digression) – and you tell me – did my little mashed crayon story resonate with you? Did it help to understand how my mind (and maybe your’s too) works? Because, I think it did… does… and that is where the benefit lies… for both both of us. Am I right?

You know, I finished the paragraph above and looked out the window. I thought about all the times I’ve tried to fix what I ruined and how terribly it usually turned out. And… I don’t think I need to say this but I will… I’m talking about everything from burnt toast to relationships.

Do I have something of value to share? I do. But damned if I know how to get it out there.

One thing is for sure! It’s my next goal – to figure this out. Because, if I can’t go back to work in my office – the last thing I want to be doing is hitting the pavement searching for work in my 60s. Been there, done that (BTDT) and then some.

Wish me luck! As always, you’ll be among the first to know what I decide! 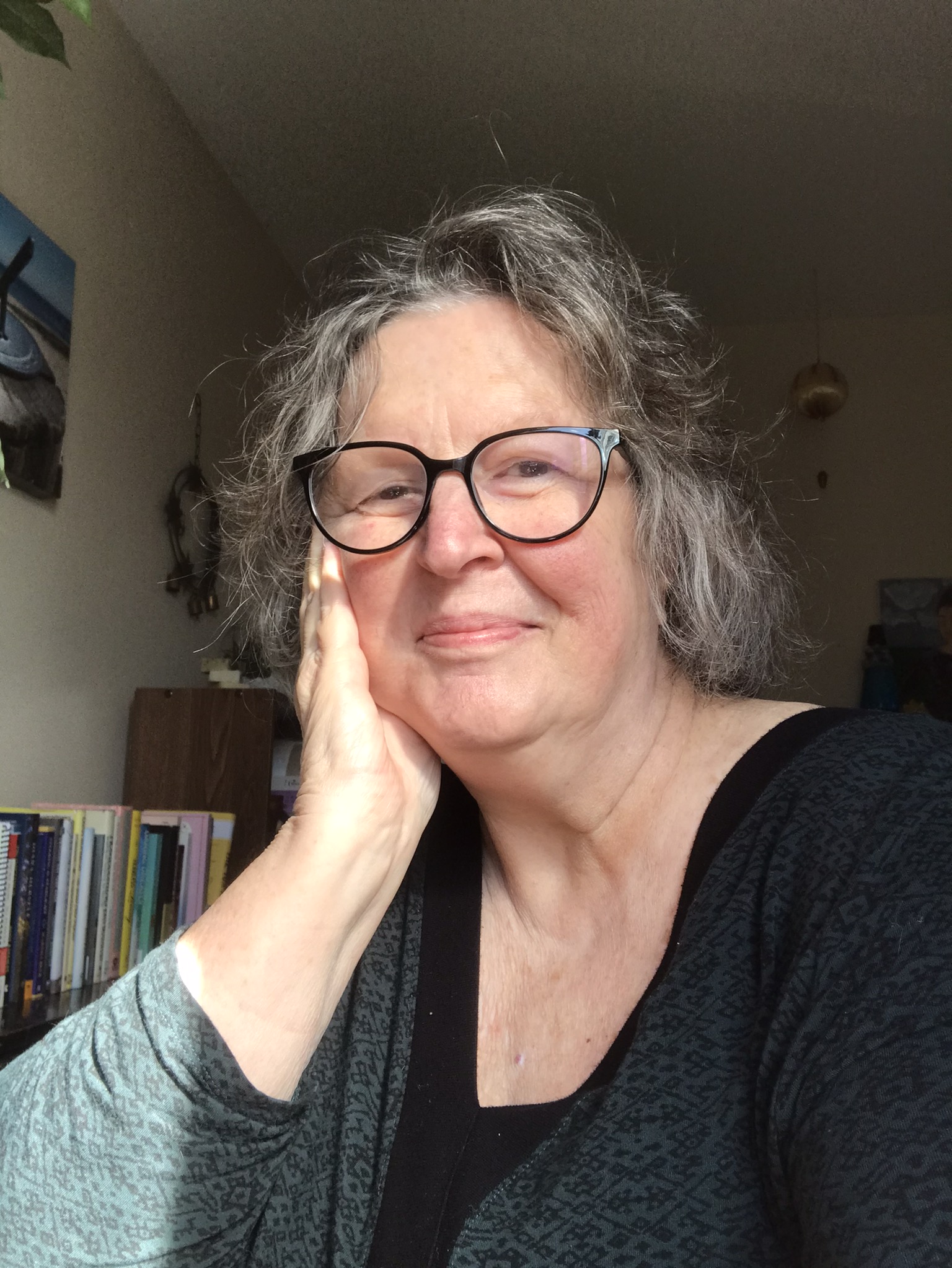