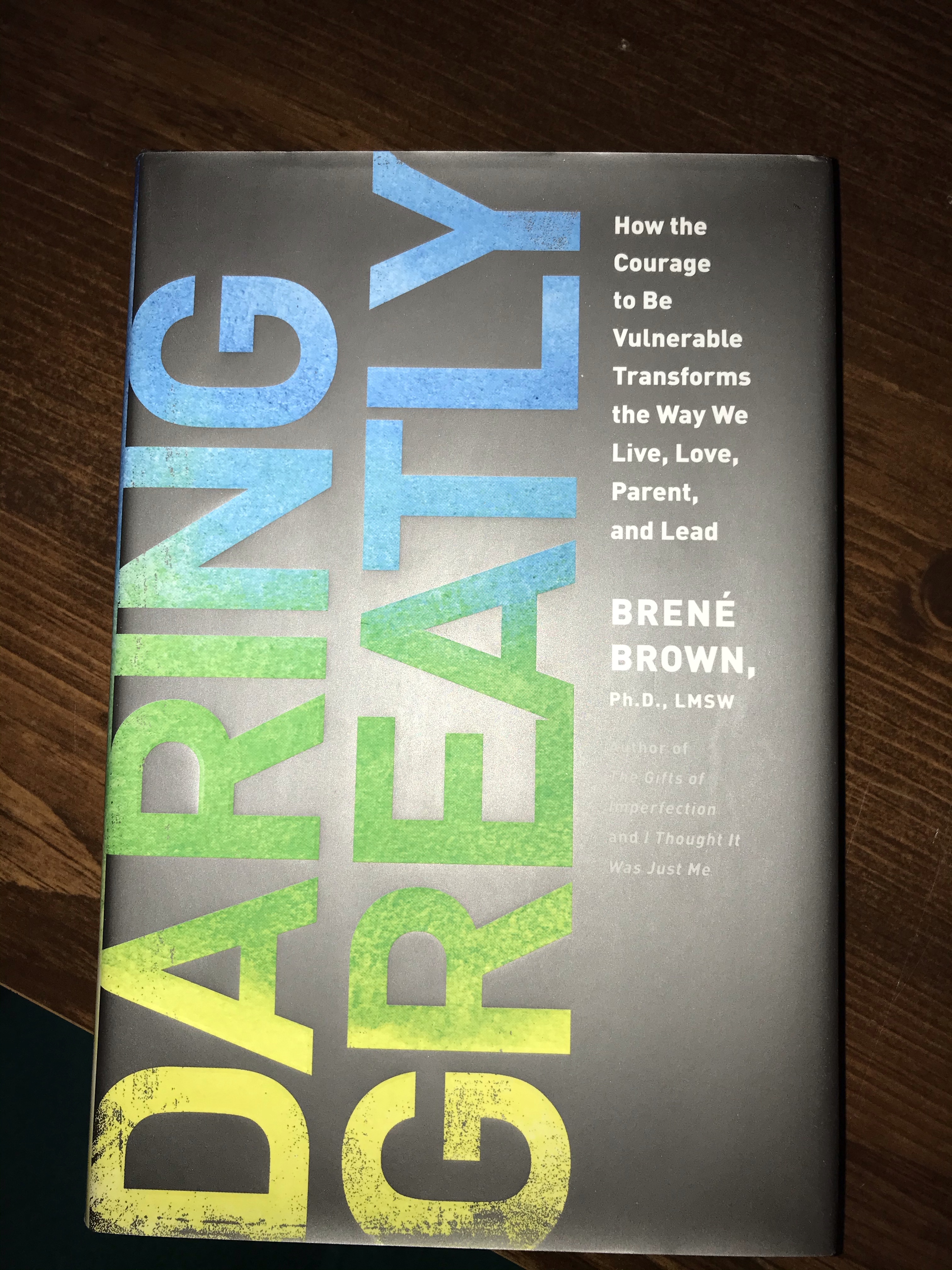 I have read, seen and heard Brené Brown so many times that I get confused as to whether I’m talking about her Daring Greatly book (or one of her many others), her TEDx talks, her FB page or her interviews with Oprah.

There is something incredibly welcoming and engaging about Brown… and it travels like a silken thread through her writing, her talks and her interviews. It would perhaps be cheeky to say that there is a vulnerability… because that is the crux of all her work. Vulnerability.

I was first introduced to her work years ago and to be honest, I cringed a little as I read about it. I shouldn’t have… and I’m not even sure why I did. Somewhere in my forties, my vulnerabilities (which I had attempted to hide since I was a young child) burst forth and ne’er looked back. It kind of makes me laugh, in an embarrassed and “Aw, shucks” kinda way, because… well… story time.

The beginning of the story isn’t important. Well, it may be later, but not now. What I want to say is that in 1998, when internet message boards were just beginning for folks who weren’t in the tech field, like me, I joined one that specialized in asthma. Later, after one of our members died, the group kinda fell apart. There had only been about 20 members.

Soon after, I joined another that was about healing marriages, as mine was in a freaking mess (discussed in detail all over this blog, if you care to go looking). It was anonymous but soon enough, we were sharing names, locations, etc. There were only… gosh… maybe 1,000 people at the beginning. I haven’t gone back for years, but the last I looked, there were something-like 50,000.

When things got too big to handle, a small group of us broke off and went to another board, started by one of the former members… and yet another group did the same later. Then, I joined a group for second wives. Same verse, same as the first. Small group, anonymous, shared our names, etc. etc. So, on and on it went, internet-message-board-ly speaking.

In each group, most of us spilled our guts. Completely. It was anonymous, of course. We didn’t understand that anything we said would be kept online for… like… ever. These days, we understand it.

And look at me, still spillin’. Am I being vulnerable? Yes. But I digress. A little.

I picked up Daring Greatly at the library and read it in two days flat. Then, I borrowed it on CD and listened to it slowly. I also talk a lot about that on this blog. I love, LOVE listening to books on CD while I drive to and from work.

I’ve listened to Brown on her Ted Talks and Oprah. I like her FB page.

Different? You know, from what I do.

“Courage starts with showing up and letting ourselves be seen.”

Both of those quotes are Brown’s.

I’ve mentioned before that some people call me courageous for sharing what I do. I can only answer with, “I don’t know how to be anything else.”

When I look back at those early message boards, I know I exposed myself in a way I hadn’t before… but I’ll be damned if I can put my finger on the … how? … of it. I was open, honest and truthful. I always am. Always. Always? No, not always. Oh my FREAKING God, I get so caught up in the webbing of this being vulnerable thing.

It’s the labeling. That’s it! I have long been a proponent of: “Why can’t we be just who we are?”.

Just be. I guess that’s a discussion for another day. But it feels like vulnerability to me.

Back to Brené Brown. She is a treasure. I suspect she opened a box that needed opening and we have yet to see the full impact of what was inside. If you haven’t read her work… you must! It really is spectacular!

I love this book and I love her… as a writer, a woman and the goddess she is!