You’ve already met Blabby – in fact, many times – although you probably didn’t realize it was she to whom you were speaking. Er, reading. You know what I mean.

Blabby has made many visits to my life and blog… and in fact, has been around since the dawn of Sheryl-time. I could link a bunch of posts that included her but for my purposes today, I will only share one: August 26, 2020, from only a scant seven weeks ago. On *that* day, Blabby shared about our decision to go meatless — and meatless we did go – until yesterday. Blabby wanted to come on here just as soon as the deed was done and confess, which she has done about various other things in her (my) life, often without forethought and usually at her (my) peril. I intervened and convinced the Blabsters to give it the night. And so, here we be.

What you need to know about yesterday is that it was Canadian Thanksgiving which is pretty-much like US Thanksgiving with more of a “Harvest Festival” feel. It is – of course – also a time to give thanks. (If you want to know more about how the countries differ with regard to the holiday, here’s a quick link.) There are the usual go-to foods of turkey, mashed potatoes & gravy, yams, etc etc etc. Well, except in this house because my husband doesn’t like mashed potatoes, gravy, yams, stuffing and a whole bunch of other things. But I digress.

What usually happens is that for Canadian Thanksgiving we have some kind of other-than-turkey meat, roasted potatoes, which he will eat (go figure! And he loves fries!!), a veg and pumpkin pie <<< thank God and all that is holy! I love pumpkin-everything!

Then, a month or so later on US Thanksgiving (or thereabouts) we have the traditional bird and he has lots of turkey, veg, rolls and apple pie. I get my trimmings – all to myself! Yum! It works for us.

So, for yesterday’s meatless meal, I had chosen some root veggies and green bean cassorole, the “Nana” salad (my grandmother’s, which is always a hit with the masses and tastes more like dessert than part of the meal) rolls and the pie, of course.

My husband woke up with a stomach ache and a headache, which is unusual, except lately. For the past week or so, he hasn’t been feeling well and truthfully, neither have I. Both of us had major stomach troubles and all that goes with that (Blabby draws the line at bathroom-TMI).

After discussing it for a while and realizing another stomach full of veggies was not going to sit well, we ended up ordering take-out. There were no white meat options (Hello! Thanksgiving! I’m surprised there was ANYthing left!) so we each had a beef dip sandwich (with fries for him and mashed potatoes and gravy for me).

Blabby wanted to run upstairs, log in and tell you right away because she LOVES the rush she gets when she shares my guilty secrets.

But why? Why did we chose to break our vow not to eat meat.

As has happened each and every time I have stopped eating meat (for weeks or months)… the original choice was visceral. Something snapped and I decided, no more meat. That’s the end of that. The thought of eating it made me sick to my stomach. Literally.

When I told my husband, he said he felt the same way and wanted to try with me. We jumped in with both feet, even donating our remaining frozen meat and canned soups with meat to community care. Done and done. I’m nothing if not an all-or-nothing gal.

There was no planning or research into what’s best with our lifestyle or medical issues. Cold turkey, all the way.

Several weeks in, we both had equal but different stomach problems and honestly (Blabby insists I tell you this) had wondered out loud if we’d have been better off making a plan to eat ethically sourced and processed, local organic meat (we have a butcher nearby) maybe twice a week. Why couldn’t we have chosen to be as careful and minimal as possible with our meat choices – balance, you know?

Anyway, yesterday, after we ate, my husband kept saying how sorry he was… and I kept telling him it wasn’t his fault. He felt terrible about it.

I felt terrible because I’d led him on another of my “Let’s DO this!” quests without a plan to succeed.

This morning, headaches and stomachaches are gone. Is it the carnivorism or the stories we tell ourselves? Who knows?

I do know this: Our hearts were in the right place.

Side note that’s not-so-much a side note: I feel guilt and shame. <<< Mostly Blabby’s doing, if you ask me, because had this all been done in the privacy of our home instead of in the “public eye” nobody but us would have been the wiser. Why does she *insist* on sharing the minutia of our lives?

So, while it appears that Blabby has won, yet again, perhaps I need to look at this a different way.

Eating meat is something we – including our ancestors – have done since the beginning of time. Is it right? Well, one thing I can say for sure is that the way we as a society treat animals – especially those who sacrifice their lives for us – is heinous. Also, we are gluttonous and wasteful. I would appreciate if we could adopt a more native approach of only taking what we need, thanking the animal and God for the bounty, and accepting that there is a give-and-take.

Or maybe I’m just talking out my butt.

I struggle with this SO MUCH. 😦

I remember years ago reading a book about eating for your blood type and I was the type who needed meat… not just to survive but thrive. At the time, I was eating only chicken and fish (on yet another of my diets).

Oh! Here we are! Food. Diets. Me. And Blabby’s nowhere to be seen. Wise choice, pseudo-personality!

I have a couple more self-help books that touch on “food”… oh, goodie… that old subject. I’ll let you know how it goes. 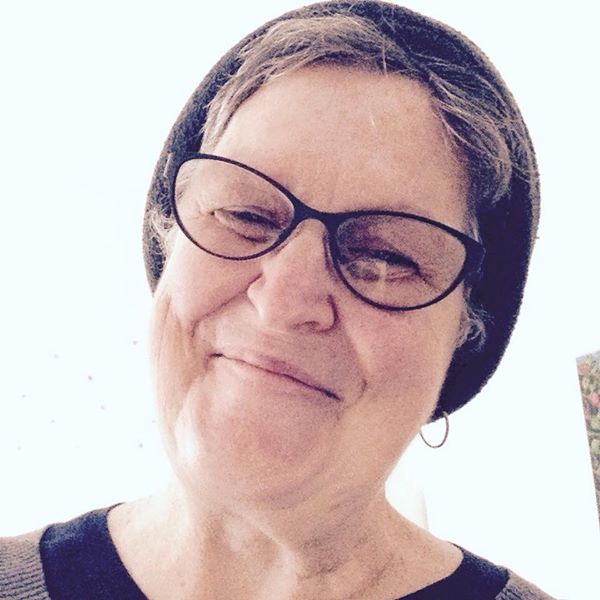 I say YES! But it is a process.

As an avid reader and lifelong student in the world of self-help, I have become my own best guru.

My mission is to provide a vibrant, authentic, and continuously growing community, healing space and online resource for you to become *your own* best guru, too!

Let’s navigate the sometimes bumpy road of life. Together.