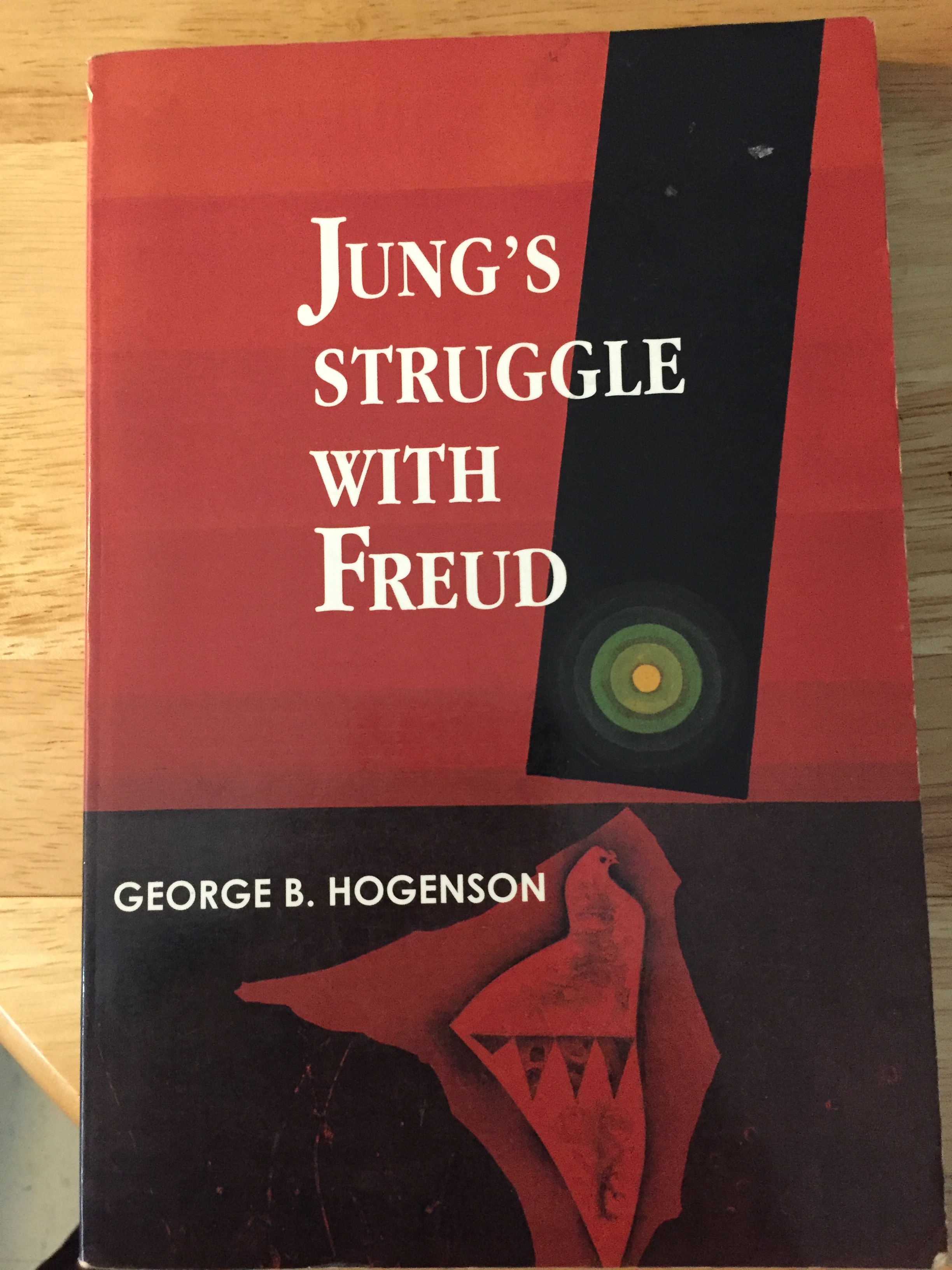 Fredians and Jungians are as different as night-and-day and Hogenson makes the differences clear. And by that I mean, crystal clear, in a million different ways. He also describes – in great detail – the falling-out that occurred between the two men. Yes, those two things are clear… and not much else.

It is not an easy read. It is, in fact, mind-numbingly difficult.

When I told my mother (a Ph.D. psychotherapist) that I’d picked this book up to read for my blog, she said (and I quote) “Uh.” Now I know why. Not even my smarty-pants mother would be able to breeze through this one!

I’m wondering if this was written to be used as a textbook in post-grad work? Cuz… yeah.

You’re wondering if I was able to finish it. FINISH IT? I was barely able to START IT. (No kidding!)

I tried. I really did! But in the interest of honesty, I will say that I read it like this:

Second verse, same as the first.

This is not to say I didn’t find anything interesting. In fact, I did! For example: There’s lots of sex. You expected that, I suppose. Oh, and Christianity. I know. Right?

For some reason, I can see myself turning this into an episode of Drunk History. Have you ever watched that? Oh good grief, it’s hilarious! The premise is… drunk people are giving history lessons that are acted out by famous people. And believe me, I’m not doing it justice with that description. You have to watch it to appreciate it. My son turned me on to it and we love it!

Jung and Freud went on a cruise together – and then I’d show a modern cruise ship, you know, the humongous kind with a mall and parking lot on board. They’d be walking around in their late-1800’s garb and looking very out-of-place next to bikini-clad women and guys in speedos. To be fair, guys in speedos often look out-of-place. But, to each his own!

So, Jung and Freud are walking and talking about important things like dreaming and synchronicity and sex stuff, when Freud decides he doesn’t want to share further about a dream he had. They argue. A crowd forms around them as voices raise. People pull out their cell phones for pictures and the murmur of “Fight, fight!” begins slowly, building in intensity. The men roll up their sleeves, ready for a good beating, when security comes and hauls them off to cruise ship prison, which really means their respective rooms, unless they were sharing one, we aren’t told.

Now, see… that would have been a book!

So, I guess what I want to say is that this book is not for the layperson. I’m sure it’s very good… you know, for people who really want the meat of the relationship between the two men. For me? It’s way too … oh, everything. Way too everything. Yep. Yeah.

Follow The Self-Help Whisperer® on WordPress.com
Join 5,030 other followers