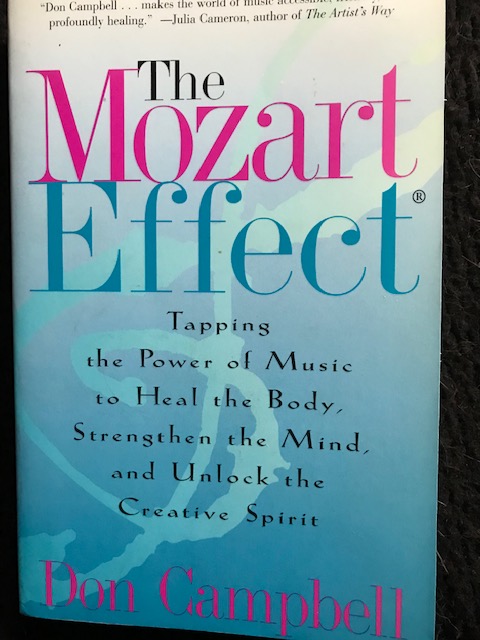 This is an almost-perfect illustration of how my life has gone.

Music is a holy place, a cathedral so majestic that we can sense the magnificence of the universe, and also a hovel so simple and private that none of us can plumb its deepest secrets.― Don Campbell

I read The Mozart Effect by the late Don Campbell (2012) in the late 1990s. In the opinion of many (including me), it was destined to become a classic! Campbell was the authoritative voice for the transformative power of music — and in particular, Wolfgang Amadeus Mozart‘s music. But I’m getting ahead of myself… because it begins with music… ANY music… rock and rap included! Whatever moves ya!

Music sets up a certain vibration which unquestionably results in a physical reaction. Eventually, the proper vibration for every person will be found and utilized. – George Gershwin

Follow The Self-Help Whisperer® on WordPress.com
Join 5,030 other followers